so now it’s time to introduce myself. I am the main graphics designer. Let me tell you something about me: I was born in Poland, in the beautiful (debatable) town Zabrze. Only a few months before the fall of the Iron Curtain my family moved to Germany, to the beautiful town Erkelenz. There it happened: On Christmas eve 1990, I found a Gameboy under the tree… I became obsessed with games and wanted to make one myself.

During a 10 year long exile in the deepest dephts of the Black Forest I began to make graphics on our old PC. It were mostly maps for obscure adventures or roleplaying games. After the discovery of the internet I learned a word that became very important to me: Sprites! So from then on the “drawing of things to put on a digital map to create an artificial environment” was known as “spriting” to me. My maps became bigger and I created continents and whole worlds… but there was still a problem: They were only “pictures”. I could not walk or play in them…

After some time of  spiritual self-discovery and returning back to Erkelenz I met Michael. We talked about Games, the Universe, Life and Everything… He told me about his plans for a game, I showed him my old maps… and the rest is history. 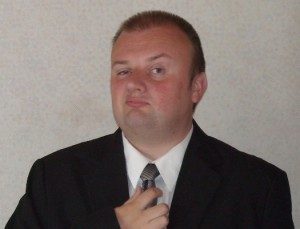 I am Jan
Tagged on: introduction    staff